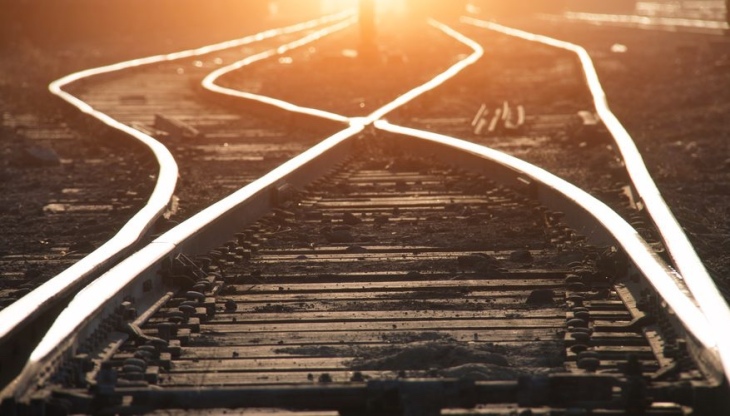 I get tons of questions about my particular stances for the Lord, usually revolving around why I seem so darn angry.

The majority of church folks just don’t see things from my perspective and it is easy to dismiss how I am or what I say as just being “angry”, ministering from my wounds, stopped in my growth, unloving, etc.

Perspective is everything, it really is.

For example if you see a couple walking down a street from behind, him holding her close as they make their way down a dark section of town, you may assume that they are actually a couple and he is holding her protectively. However, what if you saw them from a different angle and saw that he was holding a weapon to her side? Why, your perception of the event would change and so would your reaction.

Or perhaps you see someone walking down a hallway and all of a sudden, they start pawing the air and wiping their face crazily.

You might assume that they are a nut job and determine to stay as far away from them as possible because no human in their right mind would ever act that way. Of course, from a different perspective you might see that they had just walked into a cobweb hanging from the ceiling.

In older days, you could safely assume that if a Watchman on the wall cried “Danger!” there was a good reason for it. But in this crazy world that we live in, we simply do not trust anyone, especially not Bible thumping preachers. It is almost as if we honestly believe that we can determine our own reality by choosing what watchman we listen to. If we don’t like the cry of warning coming from the south wall, we just choose to listen to the watchman at the west wall, who may or may not have the same field of view as the one raising the alarm. Or worse, he just may not care.

Today in America, any watchman who cries a warning is immediately marginalized and ignored. We prefer our watchman to build us up, telling us of our safety and of the good times that lay ahead. Those who ‘cry loud and spare not’ are told that they are angry and are judging. Then they are left to starve out as all of the supply goes to the (un)holy windbags spouting worldly virtues and being nice.

Nice will not help us now, church.

We sit here in America today with the church suffering massive deception, the world around us getting progressively worse each day as it revels in the godless lies of secular humanism and the signs that warn us of what is to come are growing louder and louder every single day and the church is still asleep in its ease.

Now more than ever, you would think that someone would be raising the cry of alarm and waking the church.

But the church sleeps on…

Newton’s First Law of Motion states that a body in motion at a constant velocity will remain in motion in a straight line unless acted upon by an outside force.

The church will not turn itself, my friends. Even the laws of the universe that God designed point to this fact.

No, the disease of our church system is systemic; it affects the entire Body and not just one part. And every new teaching, every sissy men’s group, every seeker-sensitive church plant, every compromise of the truth used to gain new members, every silly television preacher simply giving the people the candy that everyone seems to want, just leads us further and further into the darkness.

And every sign right now points to the church remaining safely on course, straight to oblivion.

We discard every voice of dissent that is raised and surround ourselves with voices that tell us those things which most closely line up with our personal theology or even worse, our personal politics. This is because in the end, we want to be proven right in what we believe. We don’t want to know the truth so much as we want to be right.

We buy the books, attend the seminars and listen to the sermons of those who most closely align with our personal views. We attend the church that makes us comfortable, builds us up, and has the proper social standing. But most importantly, the church must align with our views. We never even consider aligning ourselves with God’s word instead.

To make matters worse, the church has been infiltrated by a spirit of Korah (Numbers 16:1-35).

This spirit has crept in and spread its poison among our ranks, rendering much of the church ineffective and offering strange fire in the name of the Lord. It has whispered in our ears, “There is no clergy and laity, no difference between any of us; we are all called, all anointed and all able to do the work.” And how good this sounded to our ears in the church, how enticing to hear that we were all equal and therefore, we did not have to submit to any man at any time. How wonderful it was to our itching ears to hear that we didn’t have to listen to the watchman on the wall anymore!

And as we rejoiced in our man-made democracy, the enemy laughed because he knew, above all, that when you smite the shepherd, you scatter the sheep.

And so he has and so it has been done.

A body in motion will stay in motion, church. Once it begins, it cannot change its path nor slow its speed on its own. Any change that comes to it must come from outside it.

The second law of motion states that if an unbalanced force acts on a body, that body will experience acceleration (or deceleration), that is, a change of speed or direction.

In order to change the speed or direction of a body in motion, there must be some unbalanced force acting upon it. It cannot be a balanced force because if the outside force is heading in the same direction at the same speed, it changes nothing. So, it must be coming from a different direction or a totally different speed.

And that is supposed to be you and I, my friend.

You see, while the enemy tried to convince us that something was wrong with us, that we were out of step and out of time, we were right where we were ordained to be. His only hope that the path of the church would remain unchanged was in aligning us with the church.

He used guile, shame, a desire to belong and pressure from those around us to try and attain this goal.

He starved us out, causing finances, prayers and support to be withheld.

He told us that if we were truly called to do what we were doing, wouldn’t there be more fruit?

And so many have listened, so many have joined the great groupthink of the Establishment Church and began singing the same song as them that it has appeared that there was no hope of ever seeing any real change occur.

Today, if you hear His voice, don’t harden your hearts. Step up, step out and apply all of the pressure to the church’s direction that God has placed within you. You are the outside force, the unbalanced force that God is using to steer the Old Ship of Zion back on course.

Don’t you despair, you are not alone, my friends, you are right where you need to be.

Just be the change.

Preacher-Pilgrim, fresh escaped from Laodicea and discovering the paradox of the complexity of simplicity. I have one wife, five kids, one dog and two churches plus a full time schedule of teaching, preaching, writing and learning. View all posts by JC Smith